Every family has stories that snowball into epic proportions as the years go by. Those tales from childhood that get dusted off and brought out at birthdays, weddings and other major life events to remind kids that they are lucky to have such forgiving and patient parents. I have three such stories from my childhood, each involving tantrums to varying degrees of ‘what the hell?!’ For the sake of this blog post I will share one with you. Luckily, its the least dramatic one.

The year was 1986. I was out shopping with my mum, aunt and uncle when I spotted this…

Those colours, sequins and general shininess would be irresistible to any child (that’s my only defence and I’m sticking to it). I very politely asked my mum to buy me a Barbie and the Rockers doll. I wanted it. I loved it. I needed it. I was also two and a half and had never even heard of Barbie before then but kids fall in love fast and hard. My parents weren’t very well off back then and worked with a strict budget. My poor mum tried to explain that the doll cost too much but I was not in the mood to hear ‘No’ and the waterworks began. Also the screaming, stamping and general bullheadedness that only a toddler can summon. My mum tried to appease me with another (affordable but probably less sparkly) doll but I was having none of it. I wanted my Barbie and I wanted her NOW! Needless to say, a quick exit was made from the store with me kicking and screaming the whole way. Not my best moment.

I don’t really have any other memories of Barbie from my childhood (kids are fickle like that). I was very much a tomboy who loved reading, puzzle making and tetris. Playing at tea parties or make believe is something that I don’t remember doing and I hated anything considered ‘girly’ anyway. As fate would have it, I gave birth to the girliest girl on the face of this planet. She loves posing for pics, taking selfies, pretending to put on make-up, trying different hairstyles and dresses from head to toe in pink. What she also loves, is playing with dolls. At four and a half she has started role playing with her dolls and enacting little skits from her own imagination. Her love of play has triggered my own affection for Barbie once more and made me pay more attention to the types of dolls that she plays with.

My kids have a mixed Indian and Chinese (from a great grandmother on my husbands side) heritage. Initially I worried that my daughter would look at skinny, blond haired, blue eyed Barbie and find fault in her own differences. Though she has yet to voice these concerns, it is still a worry in the back of my mind. Which is why I was so excited to get an invite to Barbies 59th Birthday Event (Old Barbs and I happen to share a birthday funnily enough). I had seen the press releases about the range of Fashionista dolls with varying skin tones, hair types and body shapes. My interest was peaked and I had to know more. Plus, you know, if you get invited to a Barbie party YOU GO! 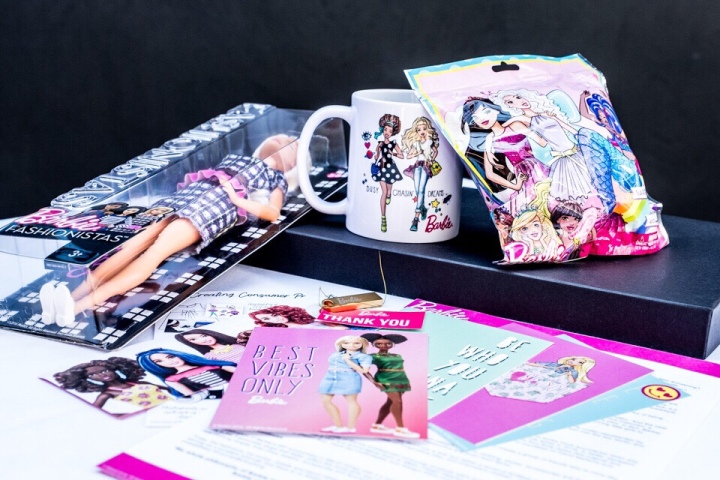 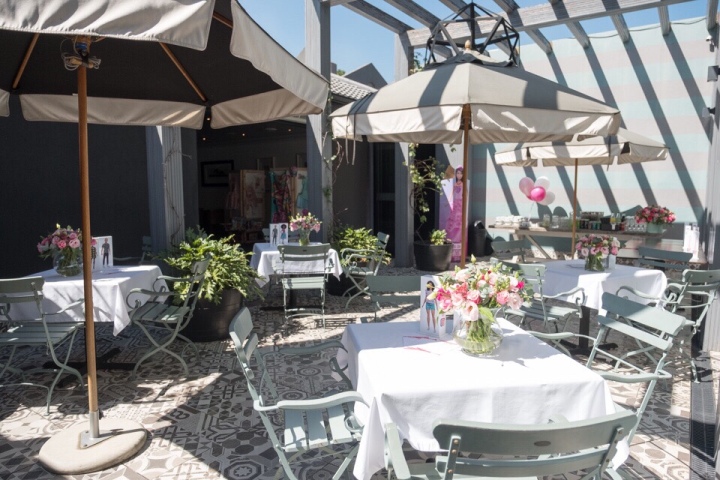 The event was fantastic! It was held at Fine Living in Parkmore which is as pretty as a picture. The team hosting the event were so welcoming and friendly. We got to have a look at a ton of Barbie merchandise and, amongst other things, were led through the manufacture process of the Barbie kids clothing line. Did you know that the Barbie clothing we see in stores is actually manufactured in Durban?!!! I had just assumed it was all imported.

We were played a short clip that I really want you to watch if you have daughters or any little girl that you care about. I saw this a while back and it knocked my socks off:

This is what I want for my girls. I want them to see themselves in any and every role that they can imagine. I want them to believe that they can do anything they set their mind to, because they can. I received two beautiful dolls for the girls from the event and both dolls have light brown skin and dark hair. My eldest didn’t even skip a beat though which makes me wonder if I am overthinking the whole skin comparison situation. But if I am right, and I’m pretty sure I am, then having dolls that more closely resemble herself and her sister will help her to project her own persona into the imaginary games she plays. 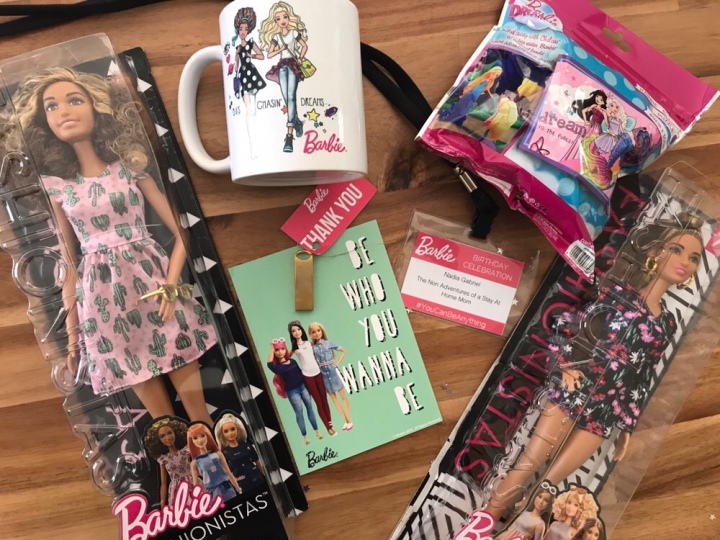 The whole idea behind this range is for kids to play with dolls that more closely resemble themselves and their group of friends. There are 4 body types (classic, curvy, petite and tall), 7 skin tones, 22 eye colours, 24 hairstyles and clothing from all over the world. It is frikken amazing!!! I love it!!!

This school holiday, I plan on doing a clean out of all the girls’ toys. I want to declutter their lives and give them more focused playtime options. The Barbies will definitely stay and I may actually add to the range. I think they need a Ken doll to make playtime more realistic.

I never thought I would grow up to be a Barbie fan (and I KNOW my husband didn’t see himself as a fan either) but besides the dolls, we have a ridiculous amount of Barbie movies and series that we watch as a family and we (the adults not the kids) have legitimate arguments discussions on which of Barbie’s sisters is the best, haha! (FYI, it’s Chelsea). Having kids really makes you grow as a person in ways you never expected. Anyway, I have to go watch Barbie and her sisters save a gemstone dolphin now. Over and out!

7 thoughts on “My evolving relationship with a girl named Barbie”